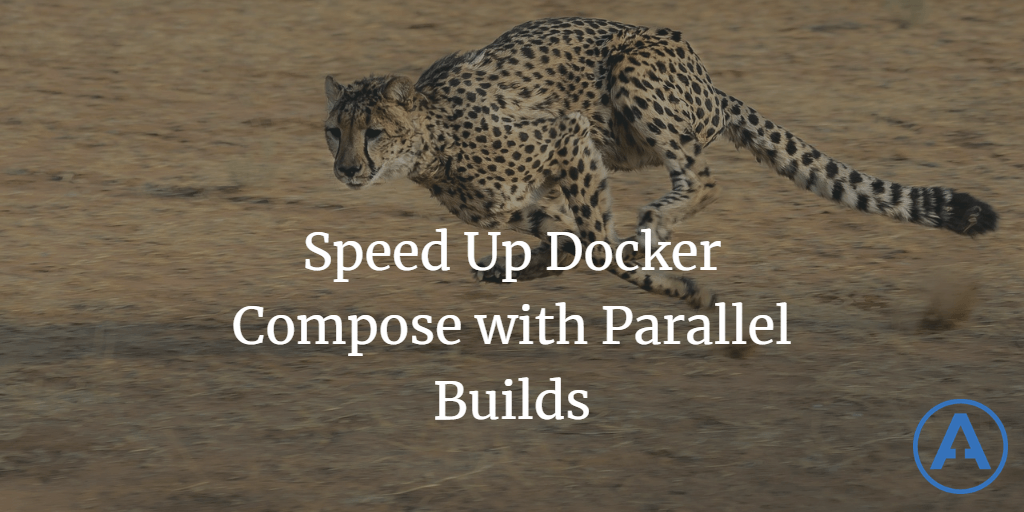 I've been using docker-compose quite a bit lately for a distributed app that includes 3 front end apps, 2 databases, RabbitMQ, and PaperCut (test email server). For the most part, this works great as a way to encapsulate all of these processes and run them in a containerized manner so that everything works together. But building this whole solution is pretty slow, by default.

When you work with docker-compose, you generally have two commands you run: build and up. Build is used to build all of the containers using their individual DOCKERFILEs (or just to download the image if it's a prebuilt and published image). Up is used to launch everything and run the app(s).

To measure how long it takes to run docker-compose build, you can use the Measure-Command PowerShell commandlet which I described in my previous article. Here's the command I used to generate the images below:

Change something in a file (to force rebuild) and run again:

Change something in a file (to force rebuild) and run again (in parallel):

Of course, this won't help for every docker-compose or on every machine. But if you have a large number of containers being built and a bunch of CPU cores, it's definitely worth a try.

Most computers these days, and especially most developer workstations, have a lot of CPU cores that can perform work in parallel. The problem is, a lot of software doesn't work in parallel by default. Fortunately, docker-compose can be made to take advantage of those extra CPU cores by adding the --parallel switch, which can yield pretty dramatic improvements in overall build time.