A feature introduced last month by the GitHub team is called draft pull requests. When you create a Draft Pull Request, it cannot be merged until it is marked as ready for review. This is useful because often pull requests are used as conversations, often prior to the work being ready to merge. Common approaches to this in the past have included such classic approaches as:

In some cases, whole bot-based workflows were set up to look for things like “WIP” in PR names and to take actions like marking the PR as not approved until the label was removed or updated. 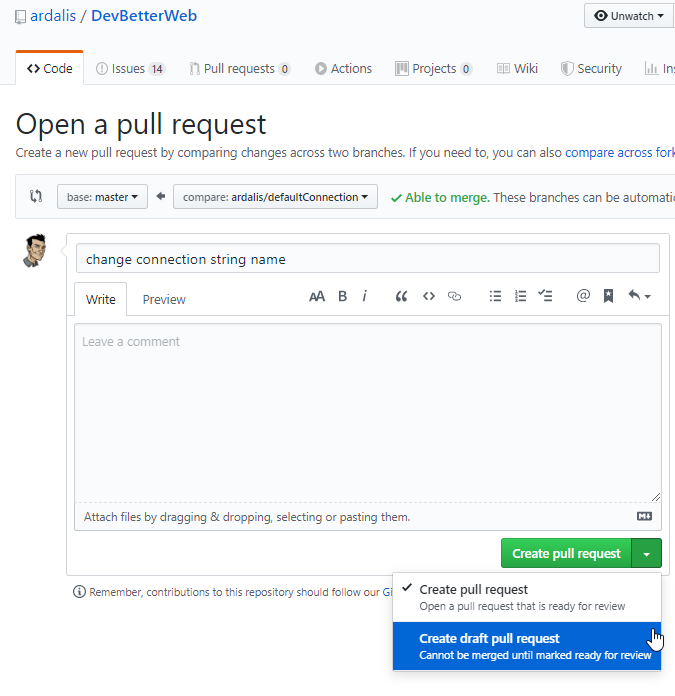 After creating the pull request, it’s marked as Draft (1) and cannot be merged until the “Ready for review” button (2) is clicked. After which the merge button (3) will be enabled. 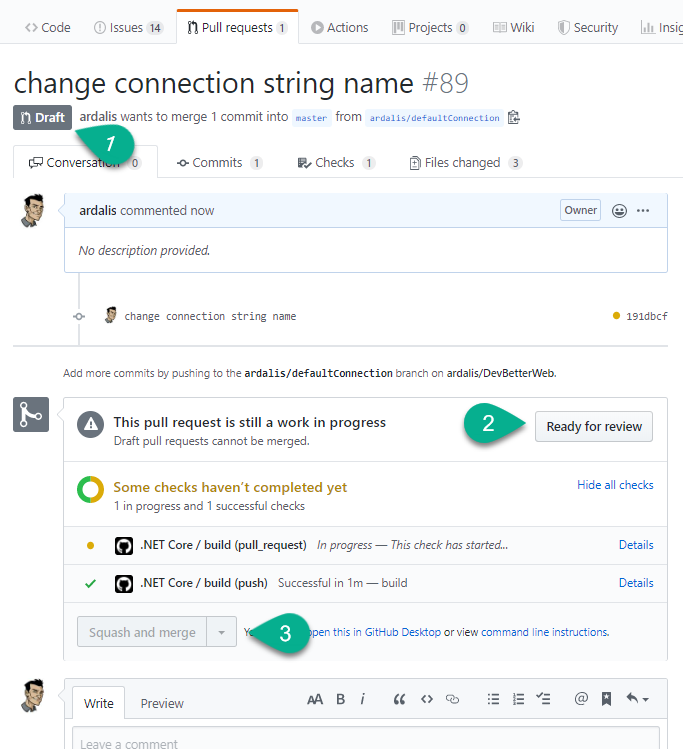 So that’s it! One other benefit of draft pull requests is that if you have a CODEOWNERS file in your repo, they won’t receive notifications about the PR until it is marked as ready to review.

If you found this useful, you may want to sign up for my weekly dev tips newsletter, or you might be nice and tell your friends about this article via your social media platform of choice. Thanks!