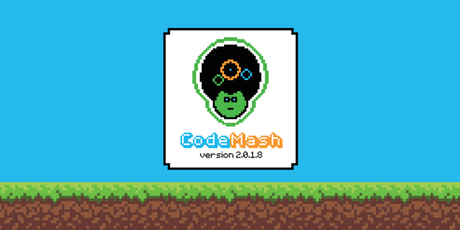 I attended Codemash 2018 last week, and it was (as usual) a great conference. I enjoyed seeing many friends and colleagues and I gave two talks that were both well-attended (one standing room only) and well-received. Here’s a quick recap of the conference.

I was fortunate to have a room at the Kalahari, and (better still) a room close to the convention center. I arrived on Tuesday and sat in on some precompiler sessions, including Christoper Judd‘s AWS Serverless Workshop and Jeff Blankenburg‘s Amazon Alexa Workshop. Both were great, though the First Person Drone Racing looks like it was a lot of fun, too:

BY FAR one of the best sessions of all time, any conference - ever. Drone racing at #codemash pic.twitter.com/z29569DImB

Wednesday night I attended a great dinner hosted by Manifest Solutions where I got catch up with speakers like Cory House and Heather Downing and meet Manifest founder Nancy Matijasich. Thanks Chris Judd and Nancy for your hospitality and a great evening!

On Thursday morning, I delivered my talk on (what I consider to be) the Most Useful Design Patterns (for web developers). It was a packed room:

and had some great feedback, both in person and via twitter:

Thank you for your meaty talk on design patterns @ardalis! I am especially intrigued by the Null Object pattern, it seems so simple and now I'm rethinking all my null checks. #codemash #codemash2018

You can check out the slides here:

Also on Thursday I saw Mark Miller’s Science of Great UI talks, which were great and included many great examples of UX failures, as well as the science behind what does (and doesn’t work). Lots of great content packed into three sessions:

I feel like Neo after he went through his training? More? Yes! #codemash Day 3.7: back for Part 2 of the Science of Great UI with @MillerMark @greatui pic.twitter.com/fyR91qAyNy

You can purchase Mark’s Science of Great Design bundle from DevIQ if you want to learn more.

Also on Thursday Codemash recognized me (along with a few dozen others) for being a speaker mentor, a cool new program they started this year. I helped a first-time speaker with some of their questions about presenting a PreCompiler at this year’s Codemash. It’s a great program and I like a lot of what I’m seeing from Codemash in terms of helping to bring in more speakers from a wide variety of backgrounds (this year they also dedicated a whole track to new-to-Codemash speakers).

Thursday night I got to spend some time in the game room, and then for a change of pace I attended the water park party (but didn’t actually go in the water). Met with a bunch of friends and clients there, but it was very LOUD which meant having to talk loudly so after a couple of hours of that my voice was hurting and it was time for bed.

On Friday morning I gave my second talk, on Introducing Domain-Driven Design. It went well, despite my voice still feeling the effects of talking loudly for hours the previous night. There were some great questions from the audience both during and after the session. You can check out the slides here:

Unfortunately, a major ice storm was heading for northeast Ohio Friday afternoon, so I headed home shortly after my morning session. I managed to get home before the worst of the weather hit, so it seems like I made a good decision there. I joked with my audiences that usually Codemash schedules their blizzard weather for the start of the week, but this year they added it as a closing session. I saw a number of people had a tough time getting home due to flight delays and missed connections. Hopefully everybody made it home safely despite the weather. It seems like the folks who planned to stay until Saturday probably had the best time.

In any case, thanks for everybody who came to Codemash and to my sessions. Check out my tips emails and podcast if you’d like to hear more from me on a regular schedule. Otherwise, I hope to see you at next year’s Codemash (if not before).

P.S. If you’re in the Cleveland-Akron area, check out the Hudson Software Craftsmanship group that meets the 3rd Wednesday each month at Tech Hub Hudson (a cool coworking space I own and work from most days).