For those of you eagerly awaiting Window Server 2008 (formerly Longhorn), especially you ASP.NET types salivating over IIS7, the wait is nearly over. Today Microsoft has announced that it as released Windows Server 2008 and Windows Vista SP1 to manufacturing. 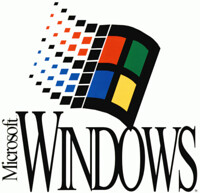 When Can I Get It?

That would seem to be the driving question. What does Released To Manufacturing (RTM) mean, anyway? Well, essentially it means it's done and it's in the "pipeline" to get into your eager little hands. However, even though this is software and not, say, XBox consoles, it still takes some time to print CDs and boxes, put little licensing stickers with holograms and retina scanners on everything, and "prop" bits up onto various servers for partners and subscribers to get access to. Essentially, when you can get the releases depends on who you are and which things you're looking for. The schedule breaks down thusly:

Windows Server 2008 will include IIS7 as well as PowerShell and a host of other new features and improvements (those two just happen to be my favorites).

Vista SP1 includes a ton of bug fixes and hardware interoperability/driver improvements. I can't wait! Also note that this is the first time ever that English and non-English languages have all been available for the same RTM date (usually non-English languages lag behind and ship some time after).

Update: I mis-posted the availability of SP1 on MSDN – sorry about that. It was my error.