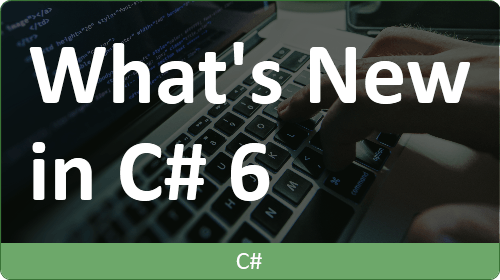 Last month, Brendan Enrick published a short course on What’s New in C#6. He also presented a standing-room-only session on the subject at CodeMash (people were blocked from trying to get in from the hall, the room was so packed). Even though some of these features have been available for a while, a lot of developers aren’t yet familiar with all of them or haven’t yet upgraded to the latest version of Visual Studio to use them. Also, I think many developers who haven’t traditionally considered Microsoft’s languages are reconsidering now that .NET Core and VS Code are available and run on Mac and Linux as well as Windows.

The C# team added a bunch of improvements to this version of the language, and Brendan quickly describes them in this four-part video course. My personal favorites are the property and method improvements and string interpolation.

Brendan’sWhat’s New in C#6 course is available here from DevIQ. He’s working on another course covering the soon-to-be-released new features in C# 7, too, which will build on what you’ll learn here.