Next month (7 May 2010) I’ll be presenting at the second annual Stir Trek event in Columbus, Ohio. Stir Trek (so named because last year its themes mixed MIX and the opening of the Star Trek movie) is a very cool local event. It’s a lot of fun to present at and to attend, because of its unique venue: a movie theater. And what’s more, the cost of admission includes a private showing of a new movie (this year: Iron Man 2). The sessions cover a variety of topics (not just Microsoft), similar to CodeMash. The event recently sold out, so I’m not telling you all of this so that you can go and sign up (though I believe you can get on the waitlist still). Rather, this is pretty much just an excuse for me to talk about my session as a way to organize my thoughts 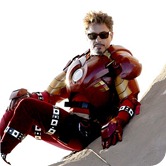 I’m actually speaking on the same topic as I did last year, but the key difference is that last year the subject of my session was nowhere close to being released, and this year, it’s RTM (as of last week). That’s right, the topic is “What’s New in ASP.NET 4” – how did you guess?

So, just what *is* new in ASP.NET 4? Hasn’t Microsoft been spending all of their time on Silverlight and MVC the last few years? Well, actually, no. There are some pretty cool things that are now available out of the box in ASP.NET 4. There’s a nice summary of the new features on MSDN. Here is my super-brief summary:

My session will cover many but not all of these features. There’s only an hour (3pm-4pm), and it’s right before the prize giveaway and movie showing, so I’ll be moving quickly and most likely answering questions off-line via email after the talk.

Hope to see you there!