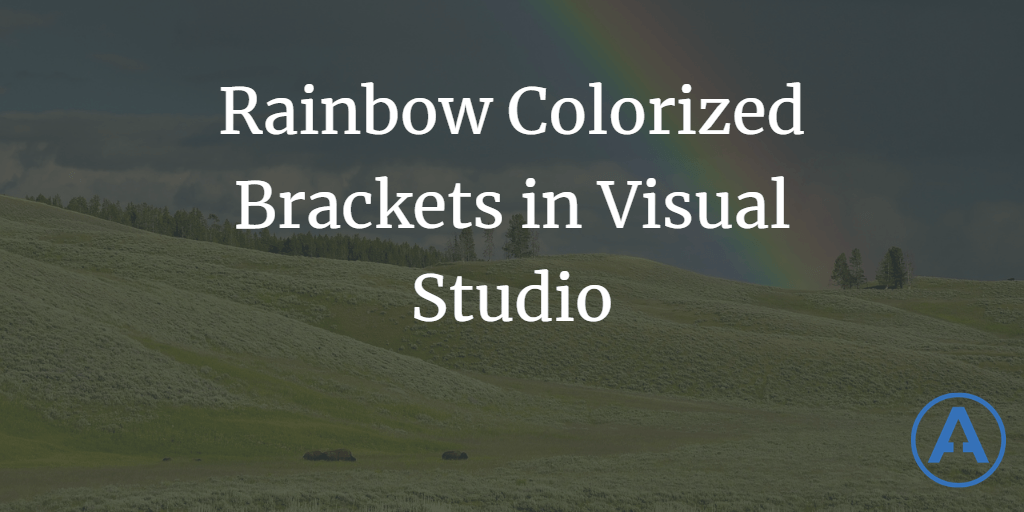 A popular extension and later core feature of VS Code, rainbow bracket colorization is now available as a free extension for Visual Studio called Rainbow Braces, by Mads Kristensen. It was just released in the last week and currently lists support only for Visual Studio 2022.

Colorizing brackets makes it much easier to visually match opening and closing brackets (or braces or parentheses or curly brackets) with one another. For example, here's a fairly simple method that includes an if statement with several sets of nested parentheses:

Having the different colors makes it easier for (non color blind) programmers to match up braces, especially on the same line where vertical spacing and indenting are less help.

The extension includes some configuration options, allowing you to toggle whether you want colorization enabled at all, as well as for:

You can also customize the colors if you don't like the defaults (there are 4 levels of colors you can specify).

If you're using Visual Studio 2022 (or later), I encourage you to check out this extension and see how you like it. And if you've been using VS Code, you may want to read this post from a year ago that describes how and why the VS Code team took a similar extension there and pulled it into the core product (in the process speeding it up by 10000x):

What do you think?

Are you using bracket colorization? Has it changed your life, or is it pretty much 'meh'? Do you hate it and disable it the first chance you get if others are using it? Let me know in the comments below.