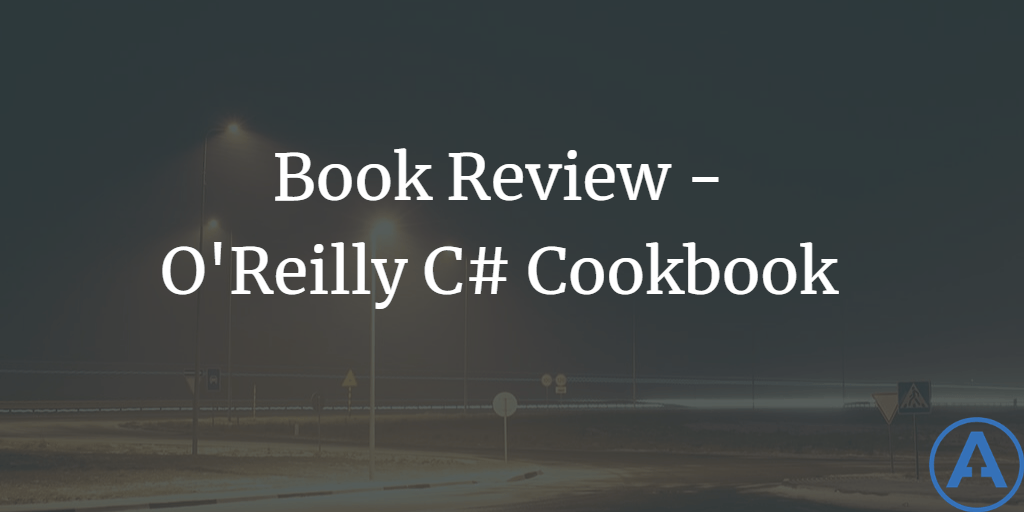 O'Reilly's C# Cookbook, by Stephen Teilhet & Jay Hilyard (not to be confused with the MS Press C# Programmer's Cookbook or the SAMS Visual C# .NET 2003 Developers' Cookbook), retails for $49.95 and is about 800 pages. It's about $35 from Amazon at the moment.

The book uses the 'cookbook' format that is becoming quite popular as evidenced by the two other C# cookbooks on the market, not to mention the ASP.NET Developer's Cookbook authored by Rob Howard, myself, and AspAlliance.com. This really is an excellent format for technical books that are beyond the tutorial level. They're intended to be used as a reference, just like a real cookbook so that you don't need to commit to memory every common task you might face. As a C# developer, sure, you can probably do a lot of these things without a book, but with the book as a reference, you can ensure that you'll do them right, and you'll free up space in your brain for more important details (whatever you might deem those to be).

The other nice thing about this format of book is that it is very easy to get a feel for its usefulness. With most dialog-driven books, you have to read a lot of explanatory text from the author(s) as they guide you through chapter after chapter. With the recipe format, you can simply flip through the book, read the recipe titles, examine the authors' approach to the problem, and read the "Discussion" section only if you're particularly interested. I received this 800-page book yesterday and, because of this format, today I've read enough of it that I feel comfortable reviewing it. As a disclaimer, I will point out that I haven't taken the opportunity to test the authors samples to any extent, so I am placing some faith in their ability to provide tested, best practice code.

Basically, I skimmed through the book looking for recipes of interest to me. These won't necessarily be the ones that are of interest to you, but if you really just wanted a copy of the table of contents, you'd read it on O'Reilly's website, right?

I would definitely recommend this book. I haven't looked at the other C# cookbooks out there, but I have looked at many of the beginner and comprehensive books out there, like Professional C# and Inside C#. Inside C# is still my pick for a beginner's introduction to C#--a beginner with C#, not a beginner to programming. However, for reference, once you've been using C# for six months or a year, I would definitely recommend O'Reilly's C# Cookbook. And I'm pretty sure in 12-18 months I'll be picking up a v2 edition that includes coverage of all the cool new stuff coming, like generics, shared classes, anonymous methods, etc.