Having done that, if you then move the ApplicationUser class (to another namespace) that many of these pages use, you may encounter an error like this one:

It says, "The type or namespace name 'ApplicationUser' could not be found (are you missing a using directive or an assembly reference?)". The odd thing about the error is that it's referencing files that aren't in your project, like _ManageNav.g.cshtml.cs. These are C# classes that have been generated from Razor files, and they're located in your /obj/Debug/Razor/Pages (or similar) folder. Visual Studio isn't very helpful here, since double-clicking on the errors won't open the generated files, and I wasn't able to find any information in VS that would give me the location of the file on disk. However, running 'dotnet build' from the console yielded more information: 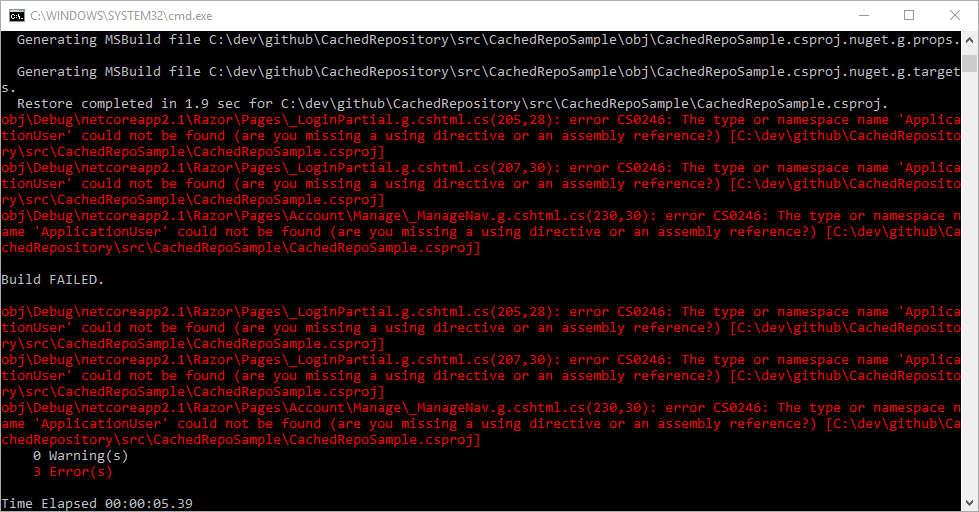 From this I was able to find the files on disk. But then what? At first I thought I might have to scaffold the files so I could correctly specify the new namespace for ApplicationUser. But then I remembered the _ViewImports.cshtml file, where you can add using statements that are used by every Razor file.

Hope this helps someone else facing this issue.