Looking Back and Moving Forward

Last week I started a new chapter in my career as the Chief Technology Officer at Falafel Software. I’m really looking forward to this role, which I expect will allow me to be a leader in a technical organization that has a track record of success. It will also be refreshing to be a part of an organization that is focused on delivering services to customers, and which is still small enough that it’s possible for everybody to know one another.

Over the last 10 years or so, I’ve had the pleasure and privilege of working with my wife, Michelle, on a number of ventures. Michelle doesn’t get the spotlight as much as I do or as much as she deserves, but just to set the record straight, she’s awesome. Michelle works harder than anybody I know and has a knack for building great teams, making customers happy, and building businesses.

Michelle single-handedly ran the online advertising company that would later become Lake Quincy Media while I was in Iraq in 2004. Honestly, I think during my deployment I often had less stress than she did, since (once I was in theater and knew my mission) I was able to focus on just the next day’s mission, while she had the many concerns that come with running a startup while raising a 2-year-old solo and taking care of things that would have been my responsibility had I been home.

I enjoyed working with the team at The Code Project. They’re located in Toronto, about a 5 hour drive (which is nicer than flying in this case) from my home in Kent, Ohio. I spent a lot of my time working remotely on the AdSignia ad platform and related software. They have a great team and I’ve stayed in touch with a few of them since departing.

I’ve learned through experience that adversity reveals true character, and I’m happy to vouch for the character of Chris Maunder and Dave Cunningham at The Code Project. They always did right by me, even if they might have had the opportunity to go back on something that was promised because it wasn’t in writing. In the years since I’ve left The Code Project, I’ve been happy to share with others what great people they are to work with. Most people will do the right thing, but I’ve also worked with individuals at other companies who, when things got tough, would go out of their way to find loopholes in contracts and go back on verbal promises in favor of short-term gains. Unfortunately, integrity is something that you prove over the long haul, and trust is easily lost and difficult to regain.

What would the customer want?

While I was working for The Code Project, I wasn’t able to work for NimblePros – that was part of the deal. I was careful to rent a separate office space and otherwise ensure that there was no question of what I was spending my time on. This is especially important for a remote employee, as I was at the time. Thus, NimblePros’ success between 2009 and 2011 was Michelle’s doing. She grew the company, both in terms of team size and revenue, and built up a great brand as well (often attributed solely to me).

By the end of 2011, my earn out with The Code Project was coming to an end and we agreed it would soon be time to part ways. I left early the following year on great terms.

One of the guiding principles we instilled in our team at Lake Quincy Media and that Michelle continued with our team at NimblePros was,“What would you want if you were the customer?” We’ve found over the years that if you act in the customer’s best interest, you will seldom make the wrong decision.

Around this time, Telerik approached Michelle and me about acquiring NimblePros. We liked the idea, since we had had great business relationships with Telerik for many years, as customers of NimblePros and Lake Quincy Media before that. It would also give us a chance to focus on what we liked best, working with our team to wow our customers, while letting others handle the less enjoyable aspects of running a business: payroll, taxes, benefit plans, etc. Telerik was also hiring a lot of great people we knew and respected, like Chris Sells, Doug Seven, Jim Holmes, Phil Japikse, and Joel Semeniuk. In April of 2012, NimblePros joined Telerik, and Michelle and I joined the leadership team as Executive Vice Presidents in charge of the Services Division (comprised largely of former NimblePros employees, along with some Telerik veterans).

We ran the Services division for two years, focusing on solving difficult problems for enterprise clients and building internal projects of strategic importance. Related to this, we also built up the Telerik Partner program, and our team worked closely with many companies through this program. We built an amazing team, recognized both internally and externally for the quality of their work. In early April 2014, Telerik closed their Ohio office and began utilizing Partners exclusively for their services engagements, focusing their efforts solely on their products.

Upon hearing the news of the office closure (which happened on a Wednesday), Falafel CEO Lino Tadros changed his prior commitment to teach a class the following week and flew out that next Monday to meet with our (former) team. His actions made it clear how much value he put on the team, and what an opportunity he considered it for Falafel to acquire some great people. But beyond the benefit to Falafel, he also cared enough about the team to try and find them opportunities with other great companies in the community, which I know made a huge impression on the team.

Michelle and I have known Lino for many years, and have grown to trust him through his actions. When NimblePros was acquired by Telerik, there was some concern among Telerik’s partners about what the future held for them. Then, too, Lino put his reputation on the line by helping reassure other partners, technically his competitors, that we would do right by them. We took that trust seriously and did our best to live up to it, believing that a strong partner ecosystem was also in Telerik’s best interests. 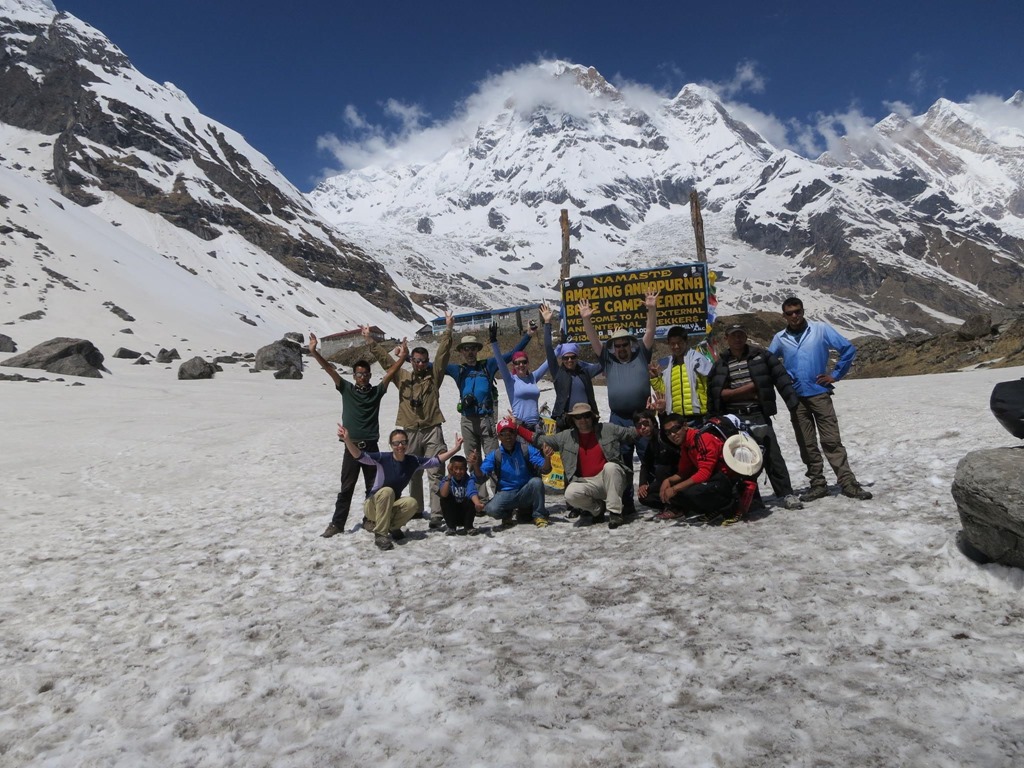 I had the opportunity to go trekking in Nepal for three weeks, leaving in late April. Stephen Forte organized the trip, and his fellow veteran trekker Richard Campbell and Richard’s wife joined us, along with a few others. It was an amazing trip and we spent some time discussing our various experiences, options, and future plans. Telerik hadn’t yet terminated my employment, but we knew that was imminent. After I returned and left Telerik, Lino offered me the opportunity to join his team as CTO, and I accepted.

This is my second week with Falafel, and there are already several people with hire dates after mine. We’ll be opening up an office in Hudson, Ohio soon, perhaps next week, and I’ll be flying out to meet a lot of the team in California later this month. Falafel is doing extremely well, has a lot of exciting projects in progress or starting soon, and even has a very successful product in EventBoard. The team is great, and small enough that everybody can still know everybody else, which is nice. Decisions can be made quickly, and there’s room for people to behave like entrepreneurs, which I really enjoy. I’ll also be able to spend more of my time working directly with customers on solving technical problems, which I’ve missed the last couple of years. My job is going to be challenging, which is a good thing, and I’m looking forward to helping Falafel build great solutions for our customers.