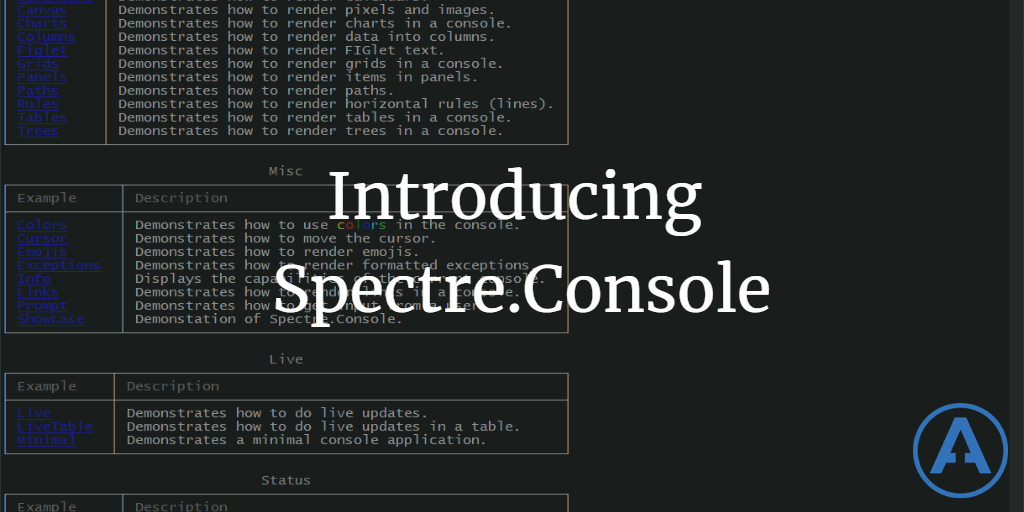 Spectre.Console is a dotnet library for making beautiful, more useful console applications. Here's a quick introduction to getting started with it.

If you'd rather watch a video, I've recorded a quick video for NimblePros' YouTube channel:

The quickest way to get started with Spectre.Console is to add it to a new console application. You can follow these steps in a console window right now:

Now open up Program.cs in an editor and replace its contents with this:

Save the file and you should see output like this in your terminal window: 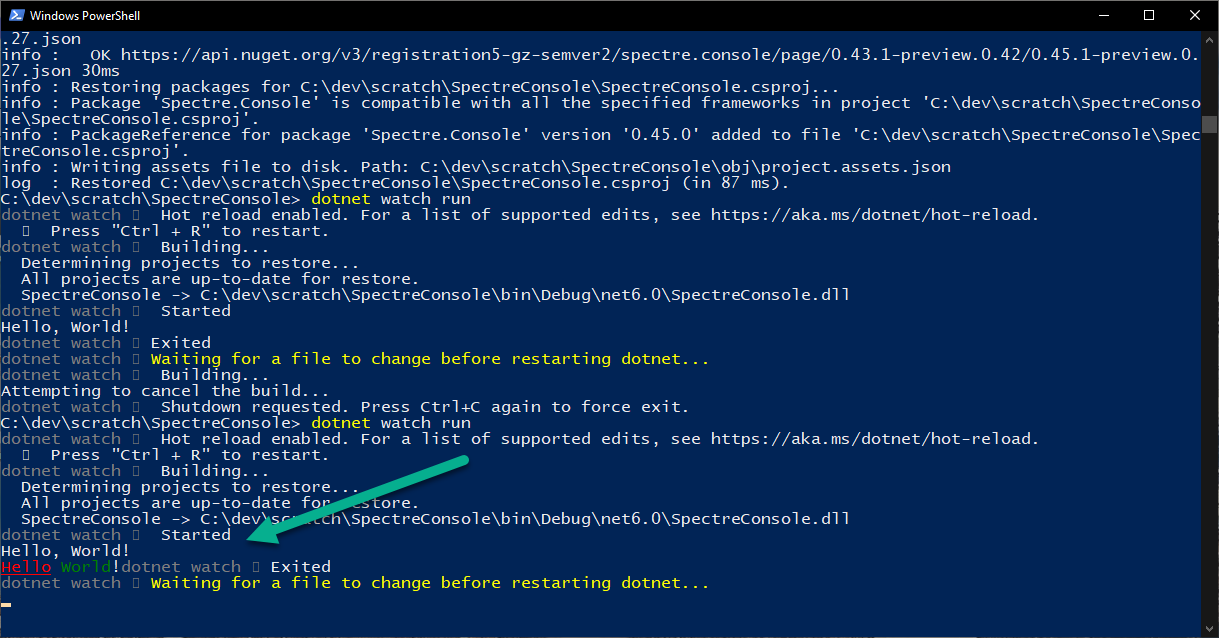 Notice that the second "Hello World" is now in Red and Green.

Another cool tool that Spectre Console uses is a library called dotnet example, which can be used by any project to make it easier to demo. The tool looks in the "examples" or "samples" folder for any csproj or fsproj files and provides an easy way to list and run these from the console.

For Spectre Console, you just need to install the tool and then run it:

Then pull down the repo for Spectre Console and run the following in that repo's root folder:

This will show you all of the examples, like this: 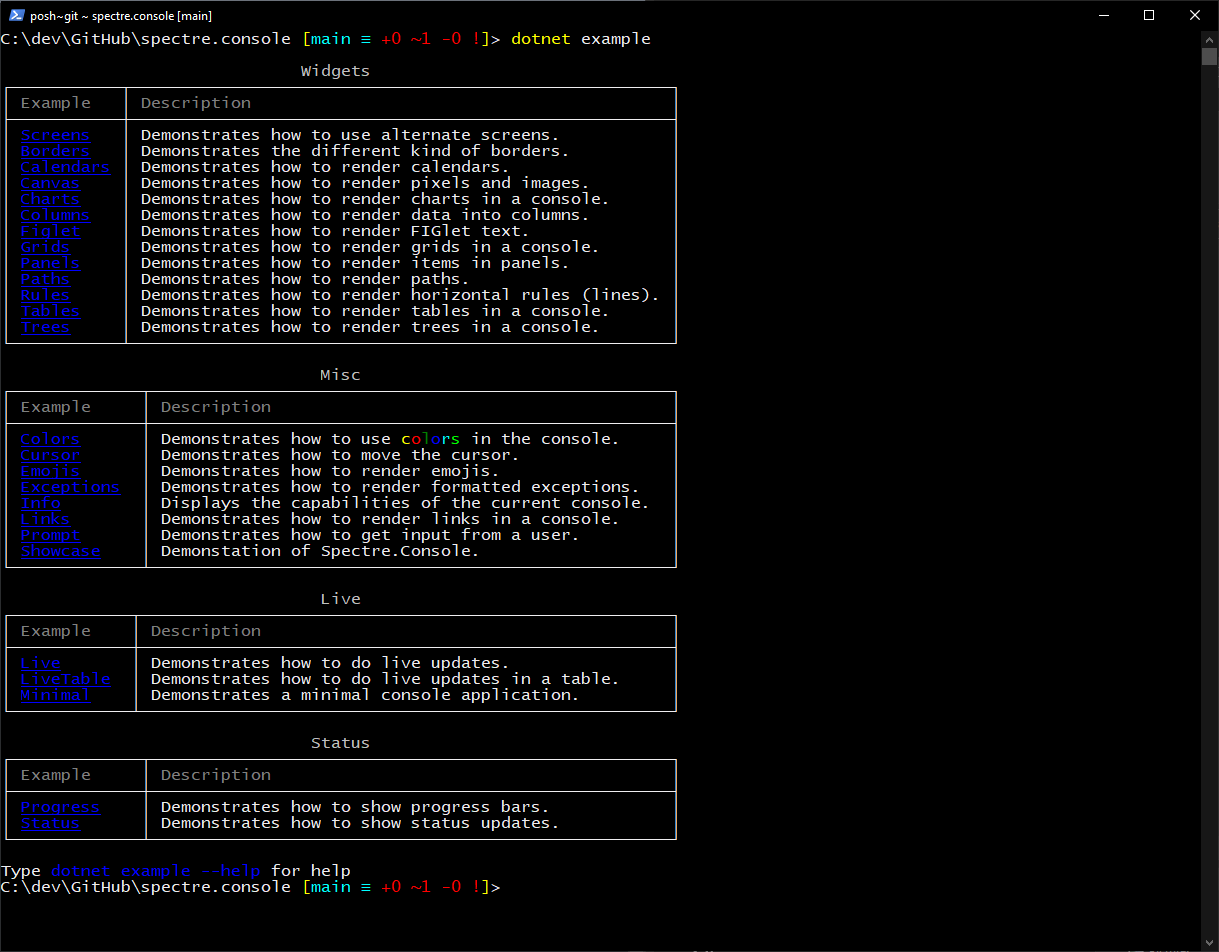 Another nice feature that virtually every console application could benefit from is better exception styling:

If you have a favorite feature of Spectre.Console that I didn't demo here, please share it in the comments below.