Die Hard is a Christmas Movie 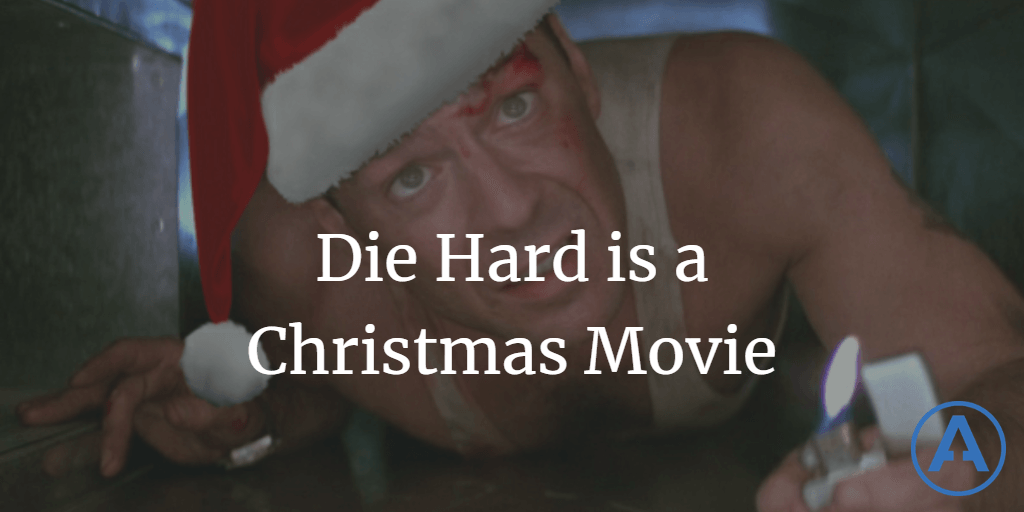 There is some debate about whether the movie Die Hard (1988) should be categorized as a Christmas movie. On the one side are those who point to its central Christmas theme, music, and messaging, all of which add to and in many instances are critical to its plot and theme. On the other side are those who are wrong. Here are a number of reasons why Die Hard most certainly should be considered a Christmas movie.

Not only is Die Hard a Christmas movie, it's actually the favorite Christmas/holiday season movie in a number of states. According to Hollywood Reporter, Die Hard was the most popular movie (relative to other states' searches) in streaming service searches in the states of Washington, Wisconsin, Virginia, and Missouri. 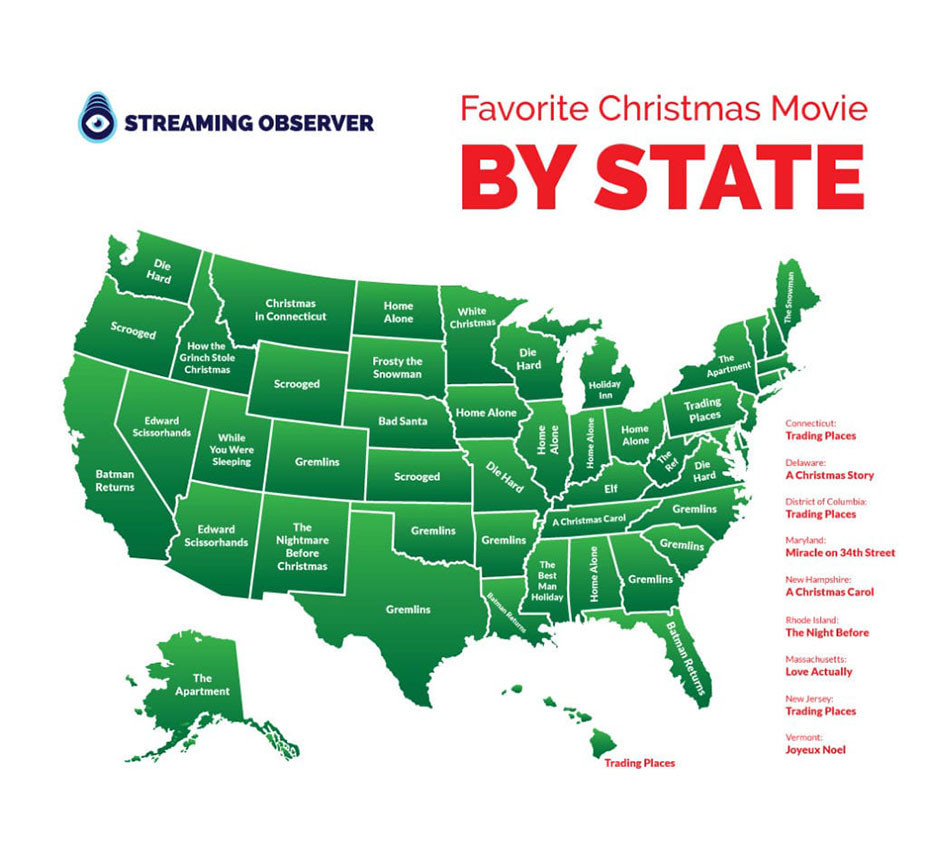 A few years ago, one of the film's screenwriters, Steven E. de Souza defended Die Hard as a Christmas movie, even adding the hash tag #DieHardIsAChristmasMovie. You can read the exchange on Twitter.

It's worth noting that at a comedy roast Bruce Willis argued it's not a Christmas movie, it's a Bruce Willis movie, but I think it can certainly be both.

Several articles ("listicles") have tried to come up with lists of essential ingredients or themes of great Christmas movies. No Christmas movie necessarily has them all, but Die Hard has its share.

A central plot element is John McClane's estrangement from his wife and children, the latter figuring heavily into Hans' discovery of Holly's marriage to John.

A big part of the movie is one of John trying to get back together with Holly so they can spend Christmas together with their children. It's a difficult road he has to travel, literally walking across broken glass sometimes, but in the end they're together. It's definitely a holiday trope to have romantic couples overcome obstacles to spend the holiday with one another (and their family).

While it's certainly not a rom-com, Die Hard does have the troubles and eventual reconciliation of the McClanes as a central plot theme. This is most important in the beginning of the film, but it continues through to the very end.

Who hasn't wistfully thought back to the days of yore when parents would abandon their children to nannies or what-have-you to spend Christmas Eve of all nights at a (presumably mandatory) corporate party in a downtown skyscraper?

Ok, I'm not sure there's a lot of nostalgia of the holiday-season variety in this movie but I certainly look forward to watching it with my family each year nonetheless. And there's a bit of nostalgia explaining to the younger children how the world worked before smart phones and social media (both of which would have put a big damper on the bad guys' plans in Die Hard).

Die Hard has plenty of Christmas trappings, from music to decorations and even costumes. It definitely checks the block on this one. You've got Santa hats: 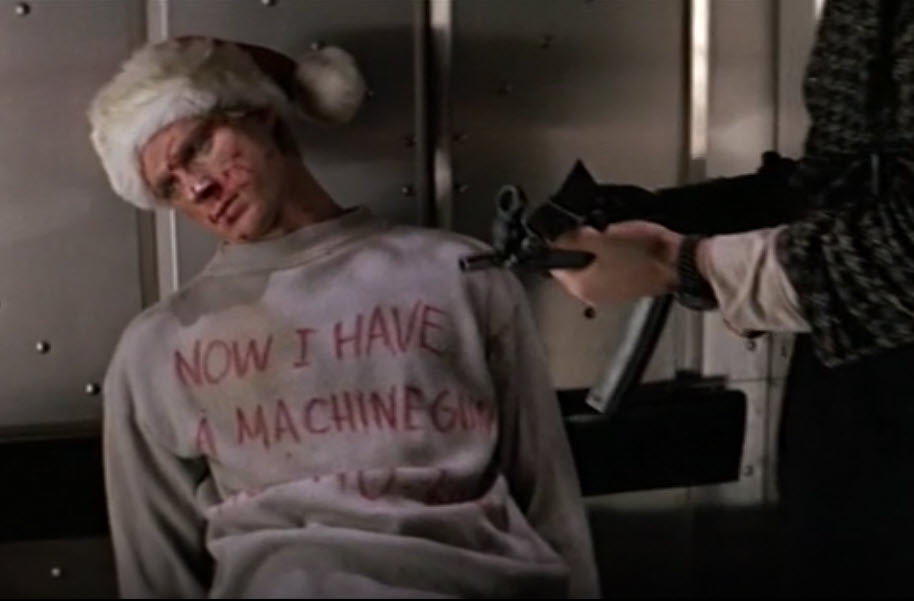 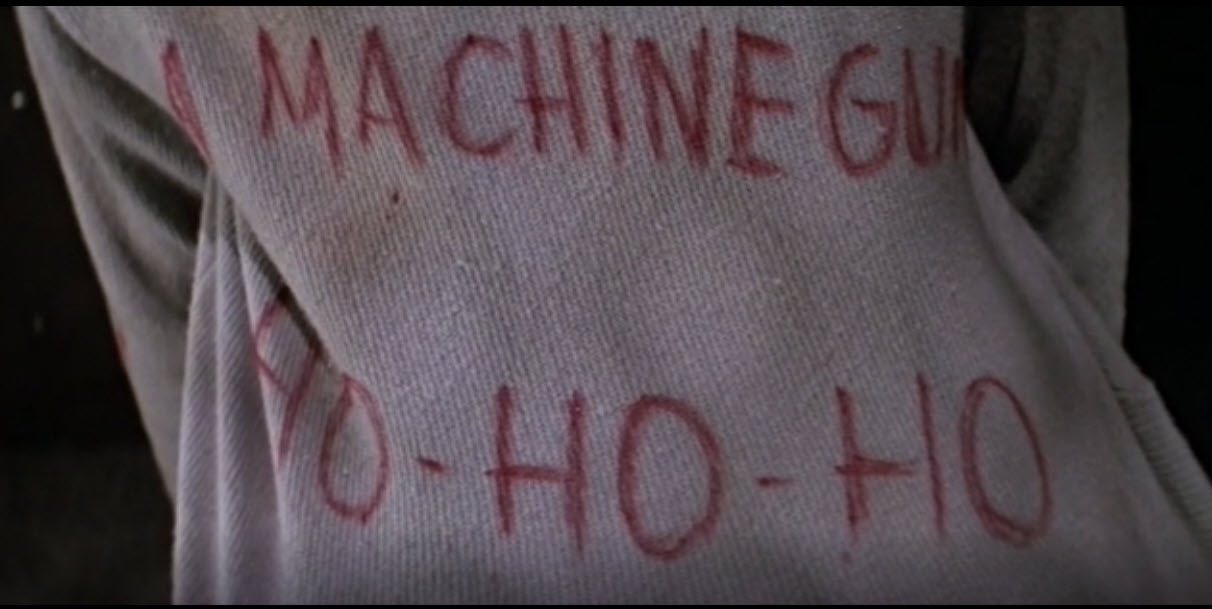 Want more traditional Christmas music? How about Ode to Joy when presents are finally unwrapped?

I don't know how people can't recognize and appreciate this as a Christmas movie given all of this evidence...

This movie is all about Hope, another common ingredient of Christmas movies. McClane obviously wouldn't be fighting a gang of well-armed and prepared bad guys if he didn't hope to survive. Of course as an audience member you're hoping he's going to somehow pull it off, against all odds. You're also hoping the hostages and especially Holly will come through, too (except maybe Ellis since he's obviously a jerk...). It's not quite hoping that the Christmas spirit will pull through and lift off Santa's sleigh, but it's still hope.

When McClane is really hurting, he tells Powell to tell his wife he's sorry. Strangely, he says she's never heard him say that before, which makes me really wonder how they ever had a relationship in the first place, but at least after a night of getting beaten up and bloodied, John's finally realized he was a jerk for not supporting her in her decision to move to LA in the first place. Powell, too, has a redemption arc, realized in the final scene of the film, as he overcomes previous trauma to save John and Holly. If redemption is a common Christmas theme (it is), well, Die Hard has it.

"It's Christmas Theo, it's the time of miracles."

There are some magical moments in Die Hard, like this great quote from Hans.

There are also magical things like John destroying an entire floor of the building with a single block of C4. I guess it triggered a chain reaction with some munitions. But the bad guys' truck wasn't that big. It couldn't have brought enough explosives to do that to that floor and wire the roof and bring all their people and an entire ambulance...

Other than that, you just have the usual suspension of disbelief you need in any action movie where somehow the lone good guy defeats an army of bad guys. It's fun, just go with it, and while that's not terribly Christmasy, it doesn't disqualify it from Christmas movie status, either.

Die Hard is one of my annual staple holiday movies. My wife and I both enjoy it as a simple movie that doesn't require a lot of attention. We've each seen it a bunch of times, there are no surprises, and Alan Rickman (RIP) is excellent in it. Although National Lampoon's Christmas Vacation probably beats it out for top spot in our list of favorites, Die Hard is definitely in our top 5.

By the way, if you ever wondered where it was filmed, Nakatomi Plaza is actually the Fox Plaza skyscaper in Los Angeles. You can see it in its current form via Google Maps in 3D mode. 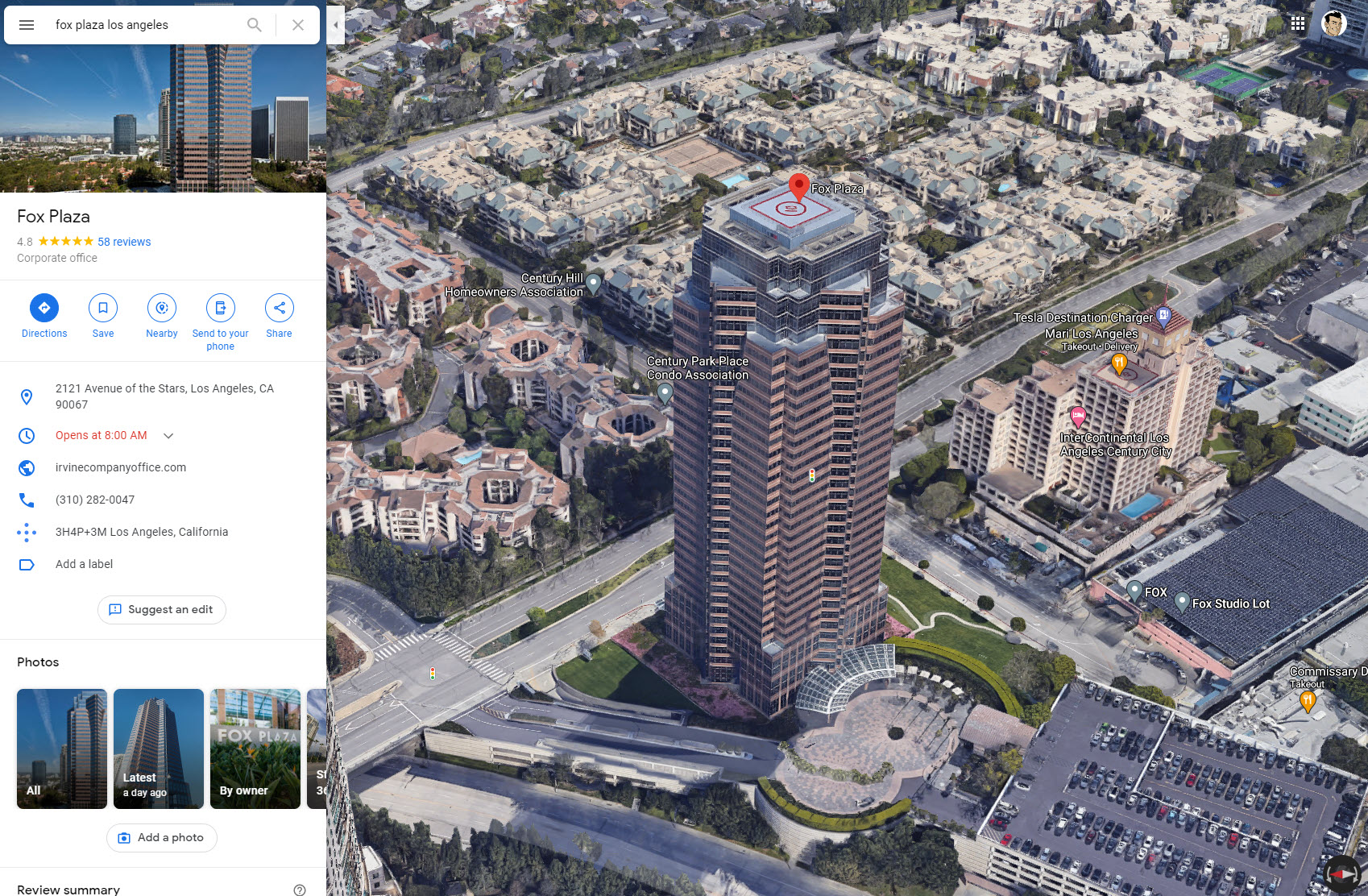