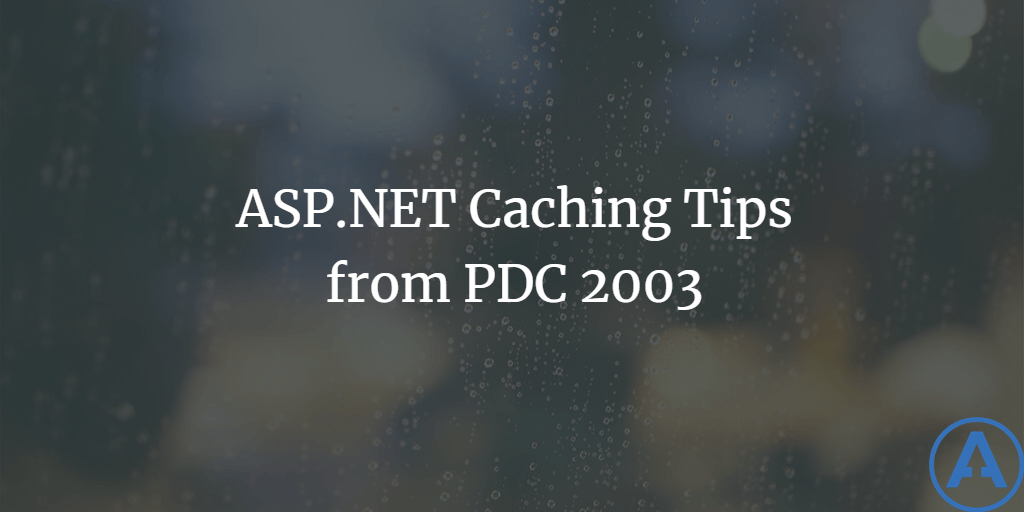 I hosted a Birds of a Feather Session at PDC 2003 which was attended by about 30 people, including Rob Howard from the ASP.NET team. During the course of the event, a number of tips and resources for caching in .NET were revealed. The highlights are listed here.

On the Hour Caching