A General Stops In (funny) 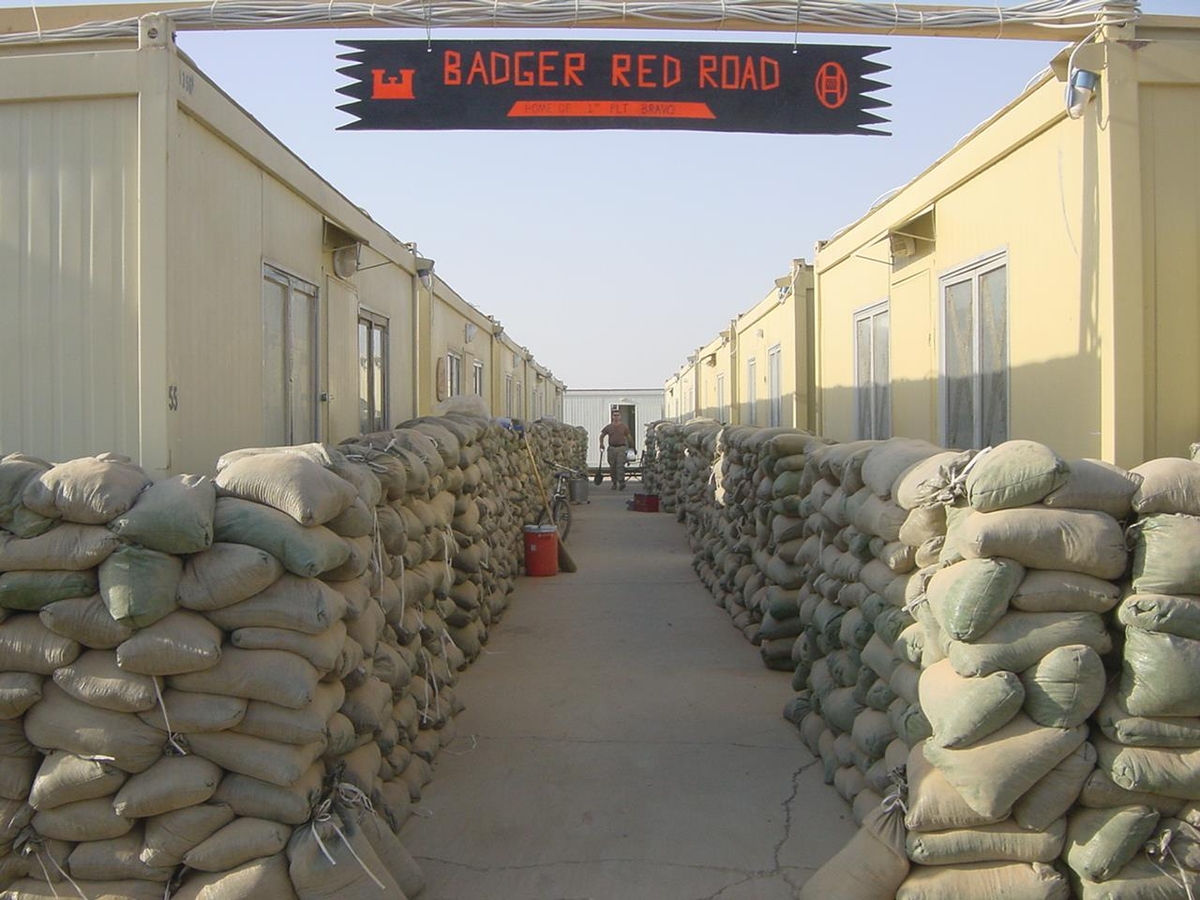 Last week some time, the 1st Infantry Division commander, a 2-star General, was visiting FOB Bernstein. He (and his entourage of security personnel, drivers, and various hangers-on -- in total about 20 people) stopped by my platoon's new living quarters, a street of CHUs (containerized housing units -- trailers) which you can see a picture of our row of CHUs below (click to enlarge). 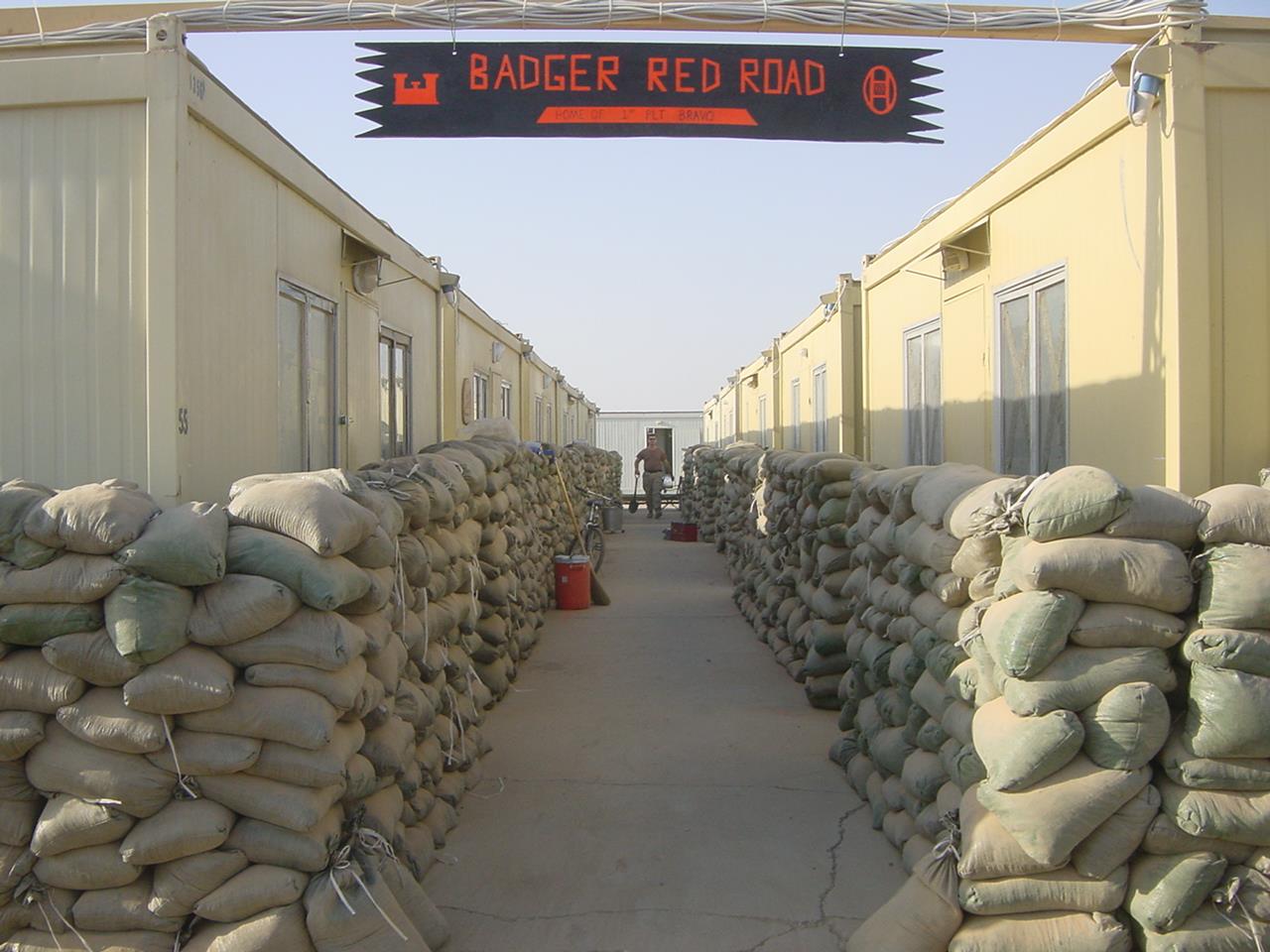 Wanting to talk to the troops, he went up to the first door he came to and knocked on it. A few of my troops were inside, and one of the ones who lived there yells out “It's open.” So the general tries the door, but it refuses to open, so he knocks again. “I said it's open, goddammit!” Tries door again, a bit harder, no luck. The general at this time steps aside so one of his senior NCOs can give the door a shot, with a bit more muscle. Inside: “Don't snatch it, that's how you broke the damn thing last time, m*therf***er!”. Outside, the entourage is trying to keep from laughing -- nobody inside has any idea who is knocking on the door and just assumes it's some other member of the platoon.

About this time I arrive on the scene, having been pulled from my CHU on the other end of the road by another member of my platoon. I walk up and see two NCOs with Gerber tools cussing and working on the door handle while continued yells and profanities come from inside the CHU. The general and the post commander both are standing back, sort of smiling, and everyone else is trying not to laugh and not sure how to react. After several more minutes of this, someone decides the General needs to move on, and the whole parade moves out, just as my platoon sergeant arrives on the scene. About 2 minutes after everyone else has cleared out, the door is open, and we all have a good laugh telling the guys inside who it was they were just cursing through the door.

One thing that is in short supply over here is doorknobs, apparently, so perhaps the general will exert some influence to find some for us. But probably not. In the end, it was probably for the best that the door didn't open until after the General and his crew had moved along...