Here's a quick list of the tools I use and generally recommend. Subject to change at any time. Some links are affiliate links – using them helps to support this site. Thanks!

Currently, I'm hosting this site using Netlify. The site is built as a static site using Gatsby. The source is on GitHub. If you find any problems with the content, you can add an issue to the repository. If you're looking to create a similar setup for your blog, check out this article on creating a Gatsby blog with Netlify. The rate is roughly $19/mo which is WAY less than I was paying for my previous WordPress hosting.

These links all go to the Wayback Machine internet archive.

This site has been around since 2004. In the past it's been hosted as armysteve.com (when I was deployed to Iraq) and stevesmithblog.com. Before that, my "blog" was on aspalliance.com as far back as 1998 and my first online "home page" was my University of Chicago student page circa 1992-94 or so.

I've really started to get into using chocolatey to easily manage and install tools on my systems. When I get a new system, it's a simple matter to reinstall anything I've used Chocolatey to install previously. Here's my current list of installed packages, which I get by running the choco list -lo command:

Below is a list of some of the extensions I'm using (or have used previously) with Visual Studio:

I don't necessarily have all of these installed everywhere (I work on a home desktop, an office desktop, and a laptop), but here's an aggregate list of my VS Code extensions:

My custom user settings vary from machine to machine and whether I'm presenting or recording content, but here's an example:

I'm a huge fan of Git and GitHub. I use VS Code or the CLI for most of my git needs. I have a bunch of articles and tips related to git if you're looking for more info.

I record online courses for Pluralsight and occasional screencasts on YouTube and for NimblePros. I use TechSmith Camtasia to record and produce my screencasts and TechSmith SnagIt for screenshots. I also use LiceCAP for animated screen captures, which are useful for tweets and emailed tips. I'm trying out TechSmith Audiate to help with captions and editing out ums and other vocal pauses.

I'm currently streaming on Twitch most Fridays, discussing developer topics. The streams are archived on YouTube. My setup uses OBS Studio. There's enough complexity there that I'll probably create a separate article just for the rest of the details, including how I've configured an Elgato Stream Deck. I haven't gotten too fancy with my stream's interactivity - I mostly just focus on building open source tools with .NET, including my various NuGet packages.

Note (October 2022): It's been a while since I've found time to stream, but I may start it back up again at some point.

I get notified within 5 minutes when sites I manage go down. I'm a fan of Uptime Robot as a free tool to provide simple monitoring. I wrote up how I use Uptime Robot for monitoring my websites in January 2023.

The MBP (below) is still going strong but will mainly stay at home now (it hasn't been used much since early 2020). Its MacOS calendar printing capabilities are worth keeping it around, if nothing else (we use many different Google calendars to manage our family of 6 and nothing else we've found can print out decent looking weekly/monthly calendars).

The Macbook is a Pro Retina 15″ circa 2013 (I purchased it in June 2014). It's running 2.3 GHz Intel Core i7 and has 16GB 1600 MHz DDR3 RAM and an Intel Iris Pro 1536 MB graphics card. I run Parallels to run Windows on it and I switch back and forth between MacOS and Windows when developing. It's accumulated a few stickers over the years – here's a pic from September 2018: 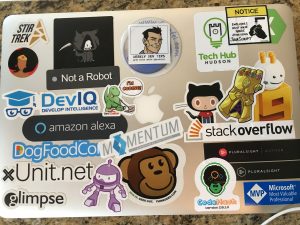 I recently built a new Ultimate Developer Rig, which I wrote about with benchmarks here. You can view just the parts here. Here's a short summary:

It's a beast I named NightKing. As I look at it in 2022 it's less of a beast (time flies quickly for computer hardware); I have upgraded the RAM to 64GB. 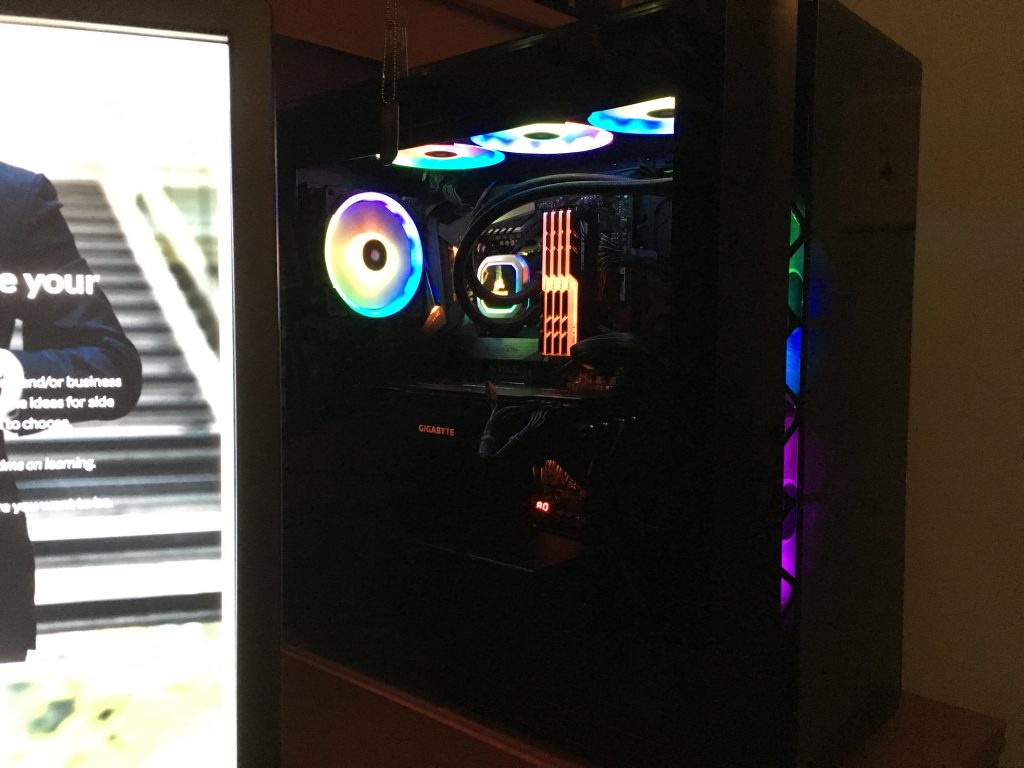 I'm still running it as my main dev/game rig. I have essentially a clone of it for my office machine as well. Other than adding some new storage space and RAM and video card it's still the same in 2022. 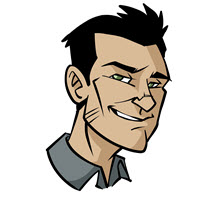 My avatar was created by Nate Lovett. I'm on the Stir Trek conference board and in 2016 we had Nate produce avatars for all of our speakers and board members. He did a great job, and if you'd like him to create one for you, contact him via twitter. I'm currently using this avatar on most of my social media and Slack channels, as well as the basis for my Weekly Dev Tips podcast logo.

Speaking of David Neal, he turned me on to the great Sketches Pro app for iOS. I'm using that along with an Apple Pencil and a relatively new iPad to create drawings for my blog posts, newsletters, and presentations. My drawing abilities are still pretty weak, but the app is very powerful and it's quite pleasant to use the combination. In the past, I'd tried drawing pads for the PC, but it's much easier to draw directly on the (portable) surface you're working with than to draw on the desk while looking at the screen, I found.

A few of my articles, including one of my most popular ones about The More You Know, The More You Realize You Don't Know, use drawings I made using this setup.

My podcast, Weekly Dev Tips, is hosted by Simplecast. I use a Rode Podcaster microphone to record, with PSM 1 Shockmount and PSA1 Swivel Boom Arm. I use Audacity for both recording and editing. I try to script the shows as markdown which I edit using Visual Studio Code and then upload to Simplecast to act as the show notes. You can see my podcasting checklist here.

The WeeklyDevTips podcast episodes are also published to YouTube and occasionally include video with guests or screencasts from my machine.

I'm on XBox live as 'ardalis' but haven't had much time to play since late 2020, and before that I'd mainly switched to PC gaming. My go-to game was PUBG (see one of my better engagements here). I take breaks from gaming from time to time so I can keep up with all my work and family commitments.

You may also find me on Steam as 'ardalis' or 'ardalis1'.

Have a question about any of the above, or want to know something else about the products I use? Let me know.